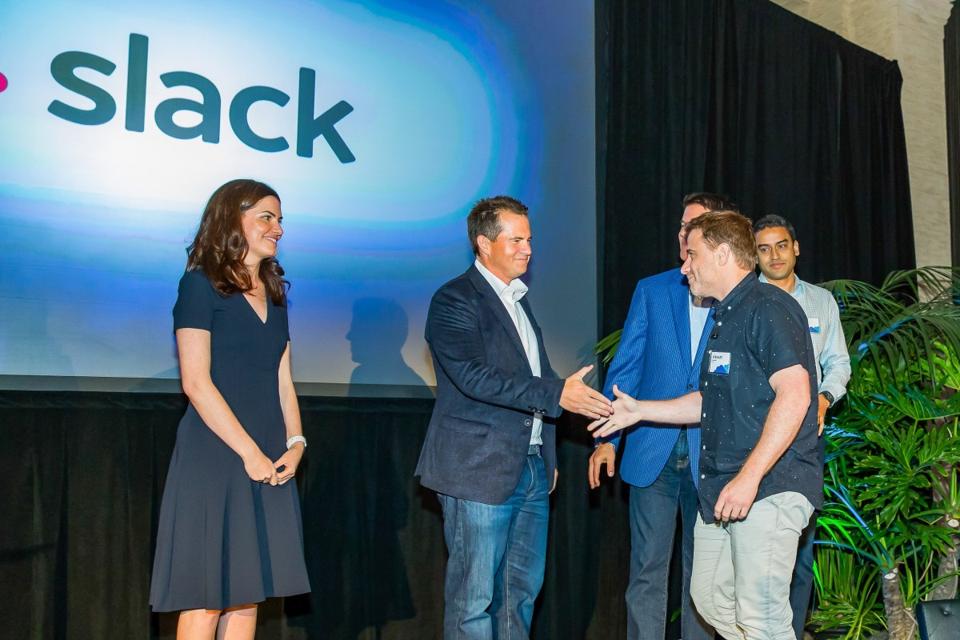 From messaging to security and accounting to construction, cloud computing is transforming how companies do business and leaving new billion-dollar categories in its wake.

Despite its newness as a category, some cloud companies have already gone public, introducing Wall Street and Main Street investors alike to the benefits of steady subscription revenue and predictable bookings. But the shift to the cloud is often happening at its fastest in the ranks of startups and privately-held cloud companies following fast on their heels. Nowhere is that more evident than among the top 10 of the first-ever Forbes Cloud 100 for 2016.

Leading the inaugural class of the top 100 private cloud companies in the world is Slack , the team messaging and collaboration software company with 3 million users and a $3.8 billion valuation. It’s followed by file-sharing leader Dropbox at No. 2, e-signature company DocuSign at No. 3, payments company Stripe No. 4 and data management shop Cloudera at No. 5.

Security companies lead the sectors on the list with 14 list members, followed by collaboration (11), finance (10), analytics (9), IT (9) and marketing (9). More than half of the companies on the list, 55, are based in Silicon Valley, followed by the Greater New York City area, which is home to 12 companies on the list. Next is the Boston area (7); Southern California (6); Utah (6); Seattle area (3), then a host of cities with one company each, from Ann Arbor, MI to Charlotte, NC; Chicago, IL and Mississauga, Ontario, as well as internationally headquartered companies based in Chennai, India, Switzerland and Basingstoke in the United Kingdom.

At Slack (No. 1), CEO Stewart Butterfield can barely keep up with his messages. “Every freaking app on my phone has a backlog,” he says. It could be a lot worse. his company has taken a big bite of the e-mail deluge now commonplace in offices. Each day 3 million people take to Slack on their computers and phones to send co-workers everything from routine messages to goofy cat pics. At cloud infrastructure upstart DigitalOcean (No. 42), CEO Ben Uretsky’s secret weapon is its focus on developers. What coders need, DigitalOcean found: ultrasimple, quick-to-use virtual private servers for building their applications and sites. DigitalOcean calls them “Droplets,” and 750,000 programmers are using them today. “Customers get what they’re looking for with us; it’s simple and easy to use,” he says. “That’s different from what the other providers are known for.”